From 1 April 2017, the Trust Boards of both Salford Royal NHS Foundation Trust and Pennine Acute Hospitals NHS Trust delegated their functions to a Group “Committees in Common”.

Raj re-joined Salford Royal in January 2015 to lead the development of the Group’s corporate strategy, then becoming the Chief of Strategy & Organisational Development, with responsibility for workforce, digital, service development, estates and facilities.  He was also Deputy Chief Executive.

He has previously held the post of Managing Director of Greater Manchester Academic Health Science Network (AHSN), created to bring together healthcare and academic organisations in partnership with industry, local authorities and other agencies to improve health and economic wealth through the spread of innovation.

Raj was Chief Executive of an NHS Foundation Trust that was named Hospital of the Year in 2012 and has held senior roles in teaching and general hospitals. He spent the early part of his career in the oil and gas industry and is an economist by training and a Human Resources and Organisational Development professional.

Raj has been a director of two research organisations and has held regional and national leadership positions in health development and planning. 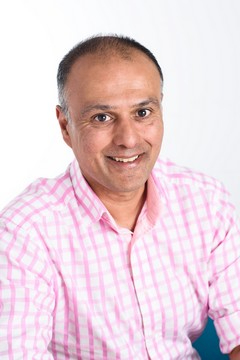 Professor Michael Luger holds an academic background as a PhD public sector economist. He has held the position of Dean of Manchester Business School and Chair of Airedale NHS Foundation Trust. Professor Luger completed an interim role as Pro-Vice Chancellor (International) and Dean of the Faculty of Business and Management at Regent’s University London.

He is appointed to the Board of the Office of Rail and Road, where his term ends in 2021. Professor Luger is now Professor Emeritus at the University of Manchester. 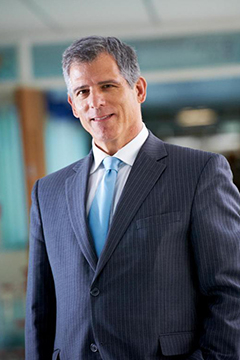 Chris commenced as Executive Medical Director at Salford Royal on 1 May 2010. Chris has continued to focus his efforts on infection control and through the contribution of all staff members in Salford Royal there has been significant progress made in ensuring that our patients receive care which is safe and does not expose them to Hospital Acquired Infections (HAI). Chris continues to practice as a Senior Consultant in A&E.

In April 2019 Chris was appointed Chief Medical Officer/Deputy Chief Executive for Group Committees in Common and Salford Royal Foundation Trust Board of Directors.

Away from the hospital, he provides medical care to the Wigan Warriors and England Rugby League Teams. Chris is married with three children. 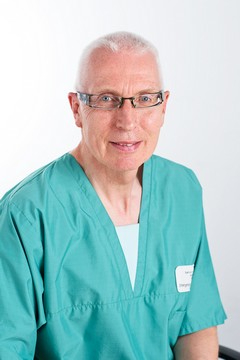 Libby joined us as Chief Nurse in September 2020.

Libby has worked as an executive director since 2003, previously working in senior roles across Nursing, Transformation and a period as an Acting Chief Executive with significant experience of working in a Group model. 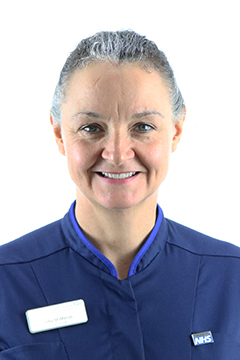 Jack started his career in the NHS as graduate management trainee and has over twenty years management experience in the NHS, more than half of which have been in Board level positions leading on strategy, partnership development and whole-system change.

Jack led the acquisition, transfer and integration of Community Healthcare services as part of the development of the Salford Integrated Care Organisation and has led a number of whole-system transformation programmes.

In his previous role as Group Director of Service Strategy, Jack has led on the development of the NCA’s service strategy, oversaw the establishment of the GM Oesophago-Gastric Centre and worked with commissioners and partners on the transfer of community health services in Oldham, Bury and Rochdale from Pennine Care NHS FT to the NCA.

Ian joined the Salford Royal Board of Directors in May 2014 from the NHS Trust Development Authority where he was the Business Finance Director for London.

Ian started his NHS career in 1991 as a Regional Financial Management Trainee and has held Finance Director positions in Primary Care, Acute and Intermediate Tier Organisations since 2005. During this time he has worked on a number of large scale transactions including the development of a new national service for cancer treatment, organisational merger and acquisition and the development of a joint venture company to deliver commercial benefits to the NHS.

Ian brings a range of other experiences from both the private and charitable sectors. He is also a keen advocate of finance staff development and is chair of the Towards Excellence Programme which accredits NHS North West Finance functions.

Ian is the Executive Lead for Finance, Information, Procurement, Contracting and Commissioning. 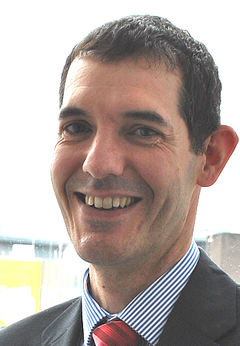 Jude re-joined Salford Royal in April 2016 having previously worked for the Trust in 2008. Since April 2016 Jude has been Interim Director at Pennine Acute. In March 2017 she was appointed to the post of Chief Delivery Officer for the Group.

Jude has over 30 years’ experience working in the NHS and with Trust Boards, starting her career as a nurse in the Northwest and then working in London Hospitals and overseas before moving into operational management.

She has delivered on improvements to operational performance and major change programmes including the development and move to the new Alder Hey Children’s Hospital in 2015, where she held the post of Chief Operating Officer.

Her clinical and operational experience is underpinned by a strong commitment to both patients and staff. 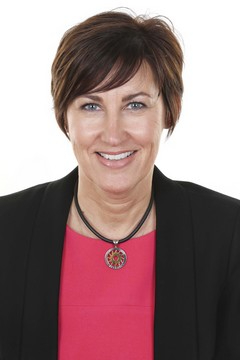 Nicky previously worked as Director of HR at Nottingham University Hospitals from April 2015. She joined the NHS in January 2013 at Chesterfield Royal Hospital as Director of Workforce and Organisational Development. Prior to joining the NHS Nicky worked in the private sector, having spent a large part of her career in HR at Boots UK, where she worked for 20 years in a variety of HR roles.

After Boots she undertook interim assignments at Gala Coral and Rolls Royce in Derby. Nicky has a generalist HR background and has worked on several change programmes and worked closely with executive teams supporting them on the overall shape and design of the organisation, the organisational culture and employee engagement. 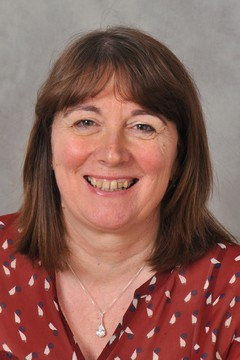 He has twenty-five years’ experience in the NHS in variety of finance positions, working at very high performing acute hospitals.

In July 2019 Damien was appointed to the role of Group Chief Improvement Officer for the Northern Care Alliance NHS Group. 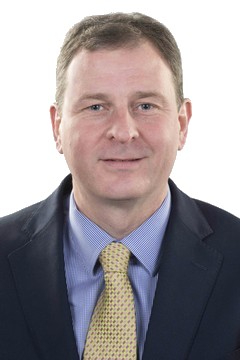 Carmen was Director for HR Projects and HR Transformation for Sodexo in the UK. Prior to this role she joined Sodexo in July 2013 as HR Director for the HR Shared Services function at Sodexo, accountable for smooth operation of employee relations, HR transactional and payroll services for a multi-site, multi-services business with 37,000 employees across the UK.

Prior to joining Sodexo, Carmen held a number of senior HR roles creating and running shared services operations and has built breadth and depth in this specialism and in business transformation by holding the leader position for HR Shared Services at Royal Bank of Scotland, SPX Corporation and AstraZeneca.

Carmen has also been an HR professional and business leader in a range of sectors including the NHS as well as the Pharmaceutical, Banking, Manufacturing and Facilities Management industries. 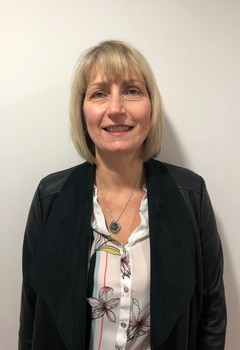 Hamish is a product of St Andrews and Victoria Universities, qualifying in 1978. He has worked in most of Salford’s hospitals and has just retired after thirty five years as a General Practitioner in Swinton. He continues as a part time medical officer at St Ann’s Hospice in Little Hulton.

He recently stepped down from the Chair roles of Salford CCG and the Association of Greater Manchester CCGs. He had been in post since the inception of both bodies. In the Greater Manchester role he helped steer the combined CCGs towards the reconfiguration of acute sector services under the Healthier Together project and was a co signatory to the health and social care powers devolved to Greater Manchester.

Latterly he was a member of the Greater Manchester Reform Board, a forum that is tasked with aligning public services across Greater Manchester to improve population health. This and improving quality of care remain his two passions. He describes the collaborative work within Salford and the developing Integrated Care Organisation as the perfect way to demonstrate how this can be done. 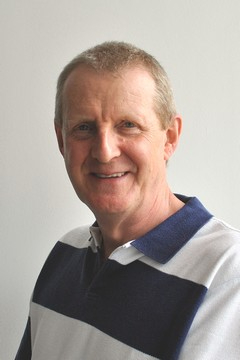 Tim’s career has been in the NHS for nearly 40 years with the majority of that time being spent working with NHS organisations in the northwest.

He joined the NHS graduate scheme in 1981 qualifying as a CIPFA accountant and then worked in finance and audit roles in a number of health bodies in the south east. Also he undertook as secondment with the Department of Health to strengthen NHS governance following a number of corporate failures. In more recent years Tim has led MIAA, an NHS shared service providing audit, assurance, governance, risk and advisory support to the majority of northwest trusts and CCGs. 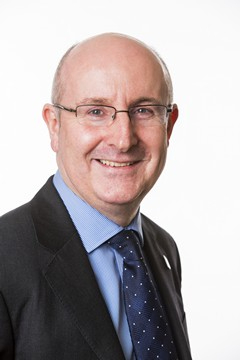 Kieran is NW Regional Director for BT Group  and represents BT’s interests from broadband to broadcast in the Region.

In addition he represents the region into BT to secure the best interests for the North West  from the company.

He has held UK and international leadership roles in the digital sector with IBM and BT over a 30 year period and has extensive experience in developing and leading strategic partnerships.

He is a member of the  CBI’s NW Regional council influencing regional and national policy and sits on the Employer’s board of Liverpool JM University. He leads  BT ‘ s UK engagement  with the Federation of Small Businesses and the Institute of Directors. 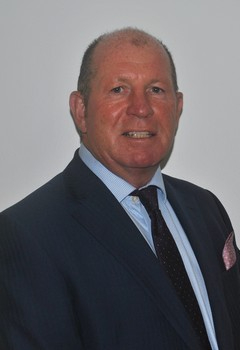 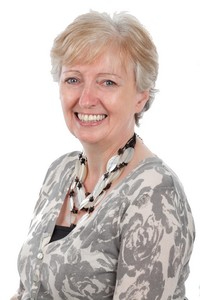 Chris is a scientist and business leader with over 30 years’ experience in medical research, life science consultancy and venture capital in the UK, USA and Sweden. He began
his career as a research scientist and retired in 2011 as Global Vice President, Discovery Strategy, Performance and Project Evaluation at AstraZeneca, a large international pharmaceutical company. In this role, Chris was responsible for developing AstraZeneca’s research strategy, business plan and performance improvement activities. He has considerable experience in managing and leading large complex organisations.

Chris also spent two years with a venture capital firm in Boston that invested in new life science companies. He currently provides a consultancy service focused on ‘translational medicine’ for medical charities, academic institutions, biotechnology companies and life science orientated government agencies. He has a Ph.D. in Biochemistry from the University of Georgia and performed his postdoctoral work at the Massachusetts Institute of Technology. He moved from the USA to Cheshire in 1993 and is married with three children.

The public session of the Group Board meetings are held via Microsoft Teams and are open for the public to observe.

If you would like to observe a forthcoming virtual Group Board meeting, please register your interest by emailing foundation@srft.nhs.uk no later than the Friday at noon before the meeting takes place (providing your name, role and email address) and we will reply with the protocol document for you to adhere to.

On the meeting day the MS Teams link will be shared with those who have registered an interest and observers will be invited into the meeting.  As always, there will not be the opportunity for interaction or questions from observers and we ask the protocol in place is adhered to.  We look forward to your interest in virtually observing the meeting.