The construction of our new £68million hospital at Salford Royal was taken to new heights at the weekend.

Construction company BAM started the construction programme of the new James Potter Building in February this year; the facility will be home to the major trauma centre for Greater Manchester and the hub site for emergency general surgery for the North West of Greater Manchester. 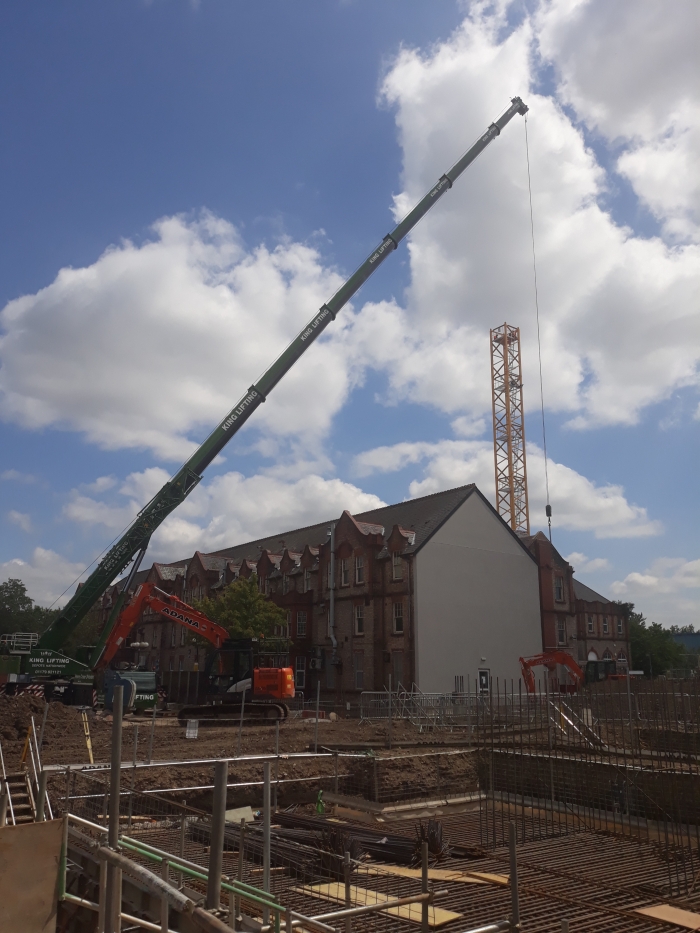 The first of two tower cranes was brought to the site on Saturday morning and built up throughout the weekend. Now built, the crane stands at 35 metres tall and has a lifting capacity of 6.8 tonnes. The cranes will play a major role in the work to build the frame of the six-storey building, complete with helipad. A second crane will be brought to the site next month.

The scheme is included within the Government’s Health Infrastructure Plan, the biggest hospital building programme in a generation which will deliver 48 hospitals across the country by 2030.

For more information on the James Potter Building - click here

Back to Salford Care Organisation