November is Lung Cancer Awareness Month and Macmillan teams will be raising awareness of the condition at The Royal Oldham Hospital on Thursday 11th November from 9am - 1pm with an information stand on the main corridor.

The team will be available to talk about their work, provide support and raise awareness of the signs and symptoms of lung cancer. They have a wide range of resources available including advice about quitting smoking and information and support for people with a cancer diagnosis.

Why it's important - Roz's Story 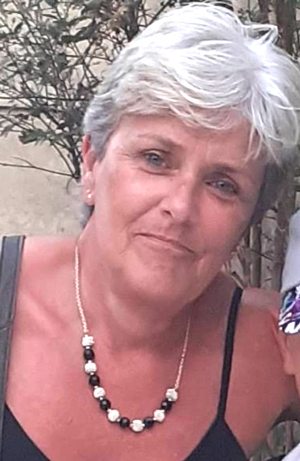 Lung cancer teams at The Royal Oldham and Fairfield General Hospital are keen to raise awareness of the signs and symptoms of lung cancer.

The past year has been extremely difficult for all cancer teams, who have been seeing an increased number of late presentations through the pandemic. That’s why it is so important for people to see their GP if they have any red flag symptoms of lung cancer, which include:

One lady who did just that, and saw her GP early was Roz Kirk from Rochdale. Two consecutive years prior to her diagnosis, Roz had suffered with bronchitis. After her second bout, she managed to stop smoking, which improved her symptoms. Then, months later, she began to struggle with a cough, a wheeze and breathlessness when she was exercising.

Like many people, Roz began meeting up with her family and was walking through lockdown. When she began to struggle with breathlessness on a walk, her daughter encouraged her to visit her GP.

“I was expecting to hear that I might have COPD but then I received an appointment to attend the hospital and they told me I had a small mass”, Roz said.

After that, she received lots of appointments and tests, including CT scans, PET scans, biopsies and lung function tests. She also had tests with the head and neck team and colorectal team, as there was some concern that it may have spread to these areas.

After reviews and further tests, Roz was told her cancer had not spread outside of her lungs. Roz explains: “The PET scan showed that it was in the very early stages. They said that my symptoms were most likely caused by COPD, as it was not big enough to cause symptoms yet. By the time any lung cancer symptoms had developed, it could have been a further two years, which would have limited my treatment options.”

In September, Roz underwent surgery at Wythenshawe Hospital to remove the cancer and half of her lung (known as a partial lobectomy). The cancer was removed by keyhole and Roz said: “The scar is so small now, it is fully healed. I can’t believe they got half my lung out through such a small hole!”

The surgery was a success and Roz has been transferred back to Oldham to continue her follow-up care. Roz is recovering well and keen to get back to her family walks again. She says: “I am feeling well considering everything. I still get breathlessness if talk too much, but I am adapting to it. Your body gets used to it. I have recently been out for my first walk, which felt good.”

Public Health England are campaigning for people to get their symptoms checked out early. They are encouraging people to talk to their families about symptoms of lung cancer and encourage loved ones to go to their GP if they are worried – just like Roz’s daughter did.

Roy Castle are also encouraging people to keep going back to their GP if their symptoms do not resolve, even if nothing has shown up in the past.

Back to Rochdale Care Organisation News