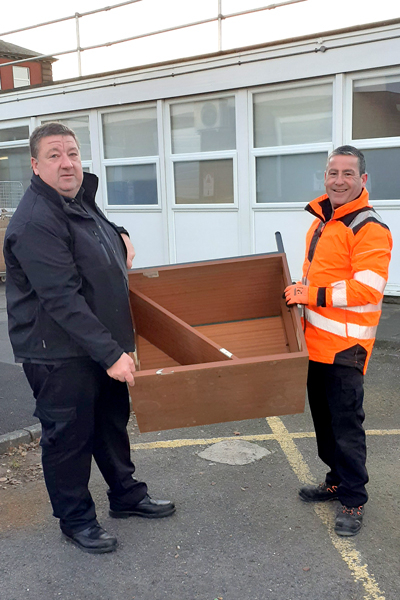 Rochdale Care Organisation are celebrating after collecting six skip loads of junk from across the Rochdale Infirmary hospital site, as part of a Dump the Junk initiative.

Staff at Rochdale Care Organisation were invited to Dump the Junk and get rid of any unwanted items on their ward or in their department. The  campaign took place on 16, 17 and 18 November.

In total, over 24 tonnes of waste (24000kg) was either donated, recycled or disposed of as a result of the three day campaign, which was a huge success.

“Our Junk Champions Phil and Sam worked tirelessly for three days to clear six skips worth of junk, plus several van loads of scrap metal, which resulted in an income covering the cost of skips.

“Dump the Junk was a great initiative that came at the right time for the Care Organisation, and now the site looks far cleaner and tidier.”