It’s that time again when we are thinking of what new year’s resolutions to make before the big countdown. This year why not consider making one worth keeping - to quit smoking.

Smoking is the biggest preventable cause of ill health and premature death, with 1 in 2 smokers dying prematurely and for every smoker that dies, another 30 people are left with long term health conditions as a direct result of smoking.

We know how hard it can be to quit smoking, but with the right support and nicotine replacement therapy, it doesn’t have to be a stressful as you may think. It can take several attempts sometimes to quit successfully, but if it hasn’t worked for you in the past, accept this, think about what went wrong and how you can avoid this happening next time.

Read more about one of our patients, Yvonne Batty who has successfully quit smoking as a result of gaining support from a member of the CURE team, whilst an inpatient at The Royal Oldham Hospital and from a local pharmacy once discharged.

Yvonne Batty was admitted to the Trauma and Orthopaedics team at The Royal Oldham hospital at the beginning of September after falling and breaking her hip. She was identified as a smoker and a referral was received with the CURE team. 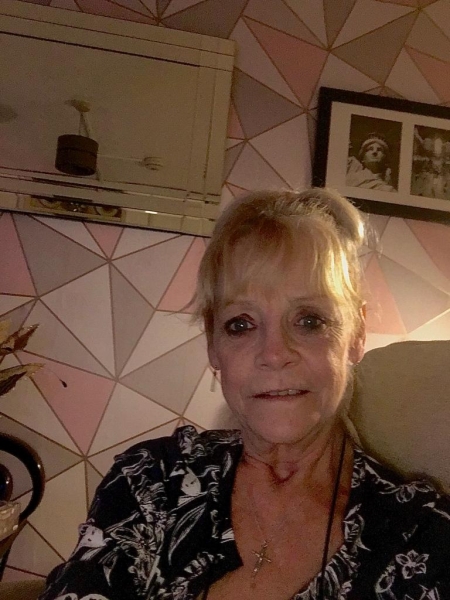 Yvonne smoked for 46 years and had tried several times to quit smoking in the past but was unsuccessful. She was 13 years old when she started smoking and she grew up with her parents both being very heavy smokers. She remembers just slipping the odd cigarette out of her parents’ packets of cigarettes. She comments on it being: “very normal then and fashionable to smoke, it was far too easy to smoke.” She remembers getting caught by her dad though one day and getting really told off!

Yvonne has three children, all of whom are non-smokers. They are so proud of her quitting smoking, though somewhat sceptical, as she has been unsuccessful in the past. Yvonne is 100% committed to this though and says she is never going to smoke again. In fact, whilst in hospital she handed over her cigarettes to one of our advisors as she was that positive that she would never smoke again.

When the CURE team saw Yvonne on the ward, she initially declined any assistance with quitting smoking, but with further discussion and after a rapport was built, Yvonne had a light bulb moment and decided that actually the time was right to try again. Whilst in hospital, Yvonne was prescribed with Nicotine Replacement Treatment (NRT) patches and NRT lozenges, which have satisfied her cravings completely. Yvonne said she has “no cravings at all” and would advise anyone worried about quitting smoking to give it a go, as it has been a lot easier than she thought it would be. Previously, she just went ‘cold turkey’ but soon went back to smoking as she found it too hard.

The CURE team supported Yvonne whilst in hospital ensuring her products were working effectively and prepared her for dealing with nicotine cravings once she was discharged home. On discharge, a referral was made to a community pharmacy, where her care was taken over.

Yvonne had her first consultation with the community pharmacist Raphael at Asda Pharmacy in Shaw on 17 September 2021. Yvonne explained that her reason for quitting was because she was worried about her health and had chosen support from the pharmacy, as it was convenient to where she lives. Yvonne was still determined to continue with her quit attempt and agreed with the pharmacist to continue with NRT patches and NRT lozenges, as they were working well for her, and to have fortnightly consultations at the pharmacy to continue the support.

We caught up with Yvonne in late September when it was 24 days since she had last smoked a cigarette. She had already started seeing the benefits to quitting and said she feels that it has helped in her recovery, as she is sleeping better. Previously, if she woke in the night she would get up and smoke. Now she just goes straight back to sleep. She is breathing easier and is wheezing less, her taste has improved, and her sense of smell has returned.

Yvonne is so proud of herself and tells everyone how she has kicked the habit and that something good has come out of going into hospital. A successful 4-week quit was recorded on 30 September, validated by a CO reading which classifies Yvonne as an ex-smoker, according to Public Health England. We know that if abstinence lasts for 28 days or more the likelihood of being quit for good is 5 times greater.

Yvonne is truly grateful for this service and our support in hospital and in the community pharmacy after discharge.

Where can I get help to quit smoking?

Many people can relate to her story and we hope she will inspire others to give it a try. What have you got to lose?

Alternatively, you can refer yourself to one of our local stop smoking services:

There is no smoking permitted on the hospital grounds as per hospital policy, this is to protect everyone attending hospital, to support others who may be trying to quit smoking and to promote a healthy environment.